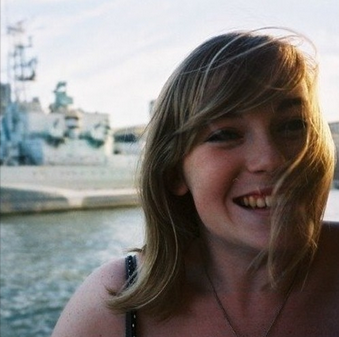 When London-based actor Laura Killeen worked at a florist as a teenager, she was introduced to a spacey, operatic pop tune that would serve as comfort and motivation when she needed it most.

Laura Killeen is a Neo-Futurist; starting Spring 2017, she will perform weekly in London in Too Much Light Makes The Baby Go Blind. She graduated from the Neighborhood Playhouse School of the Theatre in NYC, where she was awarded the Anne Meachum Memorial Scholarship and has just completed her MA in Text & Performance at RADA & Birkbeck, University of London. Her solo performance in Homewrecka won Best Experimental Film at the Syracuse International Film Festival 2010, garnering such reviews as “she traumatized me.” (Ed Harris)

Film credits include Tim Burton’s Sweeney Todd: The Demon Barber of Fleet Street, The Art of Getting By, Me and Orson Welles and the award winning short film English. In New York, she spent a year interning and working at The Juilliard School Drama Division under Founding Artistic Director of Signature Theatre, Jim Houghton. Favourite theatre credits include Genevieve in The Long Christmas Dinner, Helen in The Cripple of Inishmaan, Annabelle in An Appeal to the Woman of the House, Ephemerama for Shelby Company, Our Beds Are Crowded, and No Fault: A Tale about the Big D in the Big Apple for Carnival Girls Productions, as well as The Bullet and Talking Heads at the Edinburgh Fringe Festival. Laura’s writing has been performed in Tel Aviv, London, and New York City.